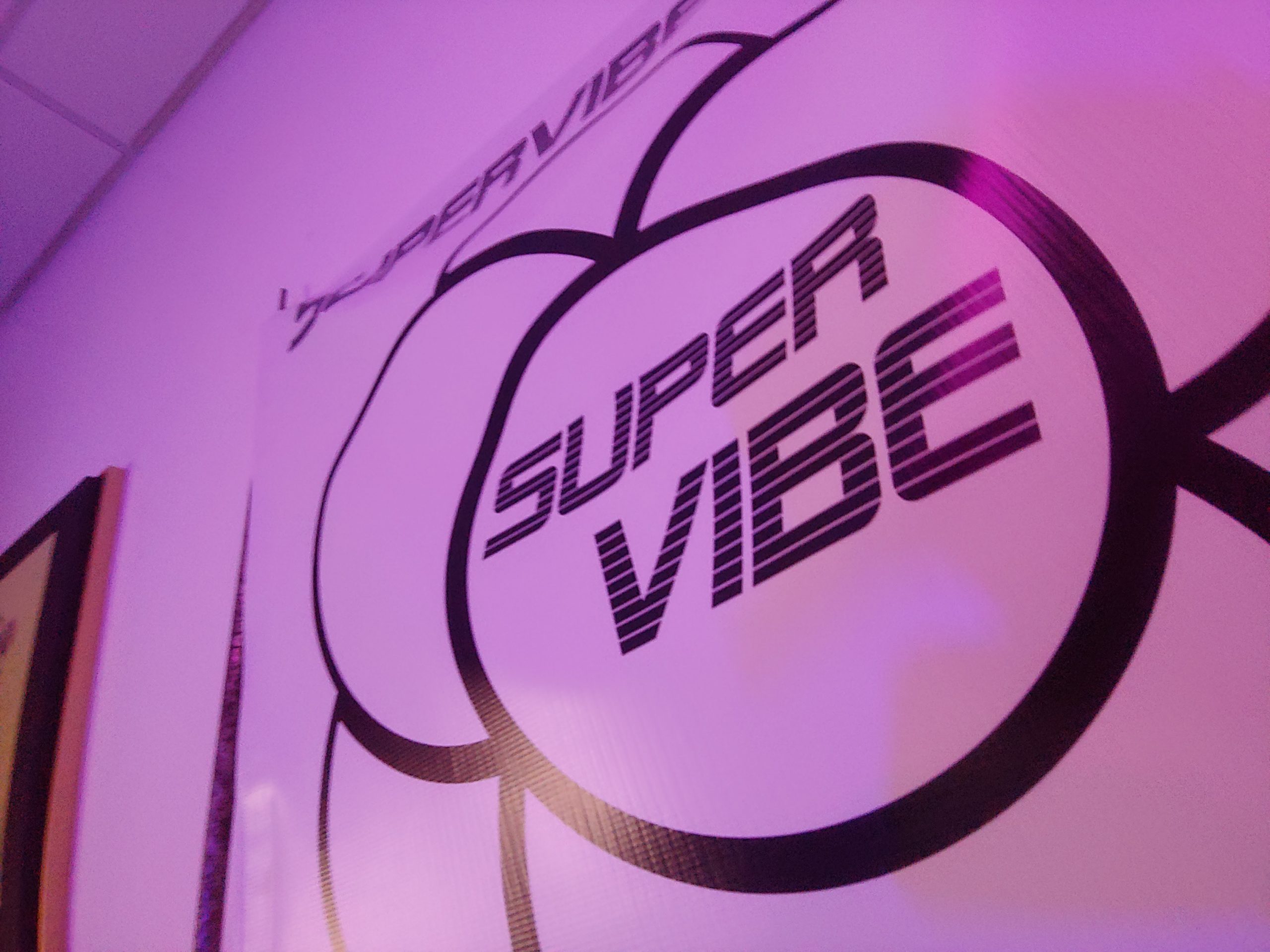 “Develop your Personal Brand” – they say.

Develop a brand, create a mission, sell stuff, look good online, scale it up, repeat. It sounds so easy, so simple, so why does it seem so difficult to simply decide on something, anything, to start developing and then go from there? I would at least know whether I’d want to continue developing that particular matter or not, and I would probably be a better person if I tried and failed anyway.

So, uh, I suppose what I’m doing here is establishing a basis: an identity.
Hello world.
My name is Moe.

I like adventure and music and building stuff. I have many, many, (probably too many) interests, like yoga and tai chi and techno music and jazz and parkour. Tell me about yourself, I wonder how many common interests we share..

I’ve always wanted to start up a website and do the whole branding thing, but I met such great difficulty in deciding just what to make. I spend some days feeling lost and depressed when I don’t know what I’m doing. I still don’t really know what I’m doing, so I’d say this is an attempt to just start moving. I feel like I’ll know where I’m going, probably soon after I figure out just where I’m at…

Many long, sleepless nights spent in confusion led faithfully to the clarity I am blessed with now. My first experience with Amethyst was in 2011, and I felt very called toward crystals since. I started exploring different realms of physical possibility through metaphysical mechanics – intention setting. It was all about that movie, “The Secret”, and the fabled law of attraction. I tried discussing these concepts, but most of my peers would dismiss me as a radical loon. I was probably too stoned on pot to make much sense to them in this regard, but some would listen intently to the world around them. We would explore the depths together, making steady progress toward enlightenment.

I knew I wanted to study mineralogy to ultimately develop science around metaphysical practices. Back then, it didn’t seem like I could find any reliable information I could trust to develop myself with, so I stayed with teaching myself, as I have throughout my life. I also wanted my work to let me afford to go to college, opposed to living in heaps of debt. So, after I graduated in 2014, I simply kept working as an American boy. I already had a minimum wage job at an organic food market, and after I started making more money in fewer hours working landscaping, I started working up the labor ladder.

Many long, sleepless nights spent in confusion, chasing ambition after another, wondering if this idea is the one, feeling so desperate to pull myself out of the credit card debt I so faithfully indulged with, promising that once I start my career, everything would magically figure itself out.

Then, I started watching different kinds of YouTube videos. Ones that taught this lonely, introverted stoner about charisma and how to design my character. Progressively changing my life, one step at a time.
I rode a scooter to help establish my sense of confidence. I figured, if I could consistently grind down rails with ease, adding tricks around, then I should have the confidence to talk to some girls for once. Then, in 2017, a hairline fracture in my ankle had grounded me in to humbleness. “Practice makes permanent”, so after not being confident enough to follow through with catching air out of a quarter pipe, consistently putting my foot down at the lip of the ramp to make sure I would land, out of fear that I wouldn’t make it back into the ramp, I went to casually drop in the half pipe and rode my ankle in to the ramp.

My trained sense of security had broken my body.

I took the time to reflect on my directions, and as soon as I was off my cast and ready to walk again, I decided to work at a coffee shop, Rock’n Joe in the Union Train Station. Here, I began to meet many new people that continue to shape my life today.

Waves of existence bring highs and lows, up and down the court. After I discovered Ikigai and started realizing my reason for being, my shell gradually cracked as I embraced the truth within myself. Acting upon the ambitions which are most natural to me bear the most fruitful opportunities for me.

Clubasement was getting immersed in the scene as a loud speaker provider, giving the absolute hookup on live PA speaker systems, hosting parties for friends, and soon, events in the scene. By letting a local artist, brainorchestra borrow our speakers to host an open mic at Ohmie’s, I began to see what it really takes to run events. I became fascinated with the whole structure and system of a gathering, and would study the flow intently. After going out a few times to clubs in Brooklyn and studying the events, I felt like I had what it takes to run my own events, and hosted open mics at the coffee shop. I barely knew anybody, and the results were dismal. I knew I was missing something…

Radical shifts in my perspective during a camping festival opened a very particular door for me. I used to be very reserved, too self-conscious to even nod my head to a solid beat; I was stuck inside this shell. After enough alcohol, I would feel “liberated” from the weight of this shroud, and for moments in the clubs, thought I could see the truth. That was enough to inspire me to find the source of this truth instead. I knew that psychedelics may open one’s perspective to the truth, and so, enjoyed mystical mushroom experiences at a camping festival in 2018. That weekend was a thorough transition out of my stubborn shell of shame, through the door of my ego, and in to the light of the truth. I felt free to the core, and so I carry this vibration with me.

House music became my obsession, as my means to feel this freedom through dancing. I started making house music, and soon brought my brother out for another mystical camping festival experience in 2019. It was there, I decided to focus on producing house music, and started studying the music and flow to a good mix.
One could say, “we caught the bug”. Though, we didn’t need any drugs to enjoy the glorious sounds of good house music. We went out practically every weekend that summer, sometimes for the whole weekend. I’d say The Brooklyn Mirage got a nice chunk of our money. Some could easily say, this type of living is absolutely unreasonable for someone living in so much debt. I at least made sure to keep studying the events, the sounds, the crowds and people, the facilities, and the structures to each event we attended. (Now, we’re certainly thankful we took the time being in those large crowds before it “wasn’t allowed” anymore.)

Soon enough, my good friend Ralph asked me if I wanted to perform at a bar called Sharkey’s for an event, “The Blank Verse” later in 2019. I gladly went out to perform a few original songs on Ableton with my MPK, had a blast with it, and then went out to the same bar with my brother as clubasement for my album release party. There, John Mana came through and met me for the first time at the party. He soon hosted an open mic and had me DJ the event, providing the speakers and mixing the tracks for the performers. I used to try and host open mics, but this time felt so different. I felt like I belonged there in that crowd. I had no idea how many beautiful, brilliant, awesome and amazing people I would soon meet through this wonderful network.

2020 didn’t affect me like most people. I was reading this book, Creating Money by Sanaya Roman and Duane Packer and learning about how to attract and create my own abundance, regardless of any external conditions. 2020 brought me some of the best experiences I’ve ever had in my life so far, because I wasn’t phased by the hype and pursued my ambitions confidently. It felt ironic to me, how, as soon as I finally had the ultimate confidence to approach anyone with a conversation, that the world had a radical shift in social standards. The only ones who remained outside to play were those willing to carry our entire people into the new age. Simply showing up with these people to offer reflections of ourselves to ourselves has crystalized my self-image.

Many long, sleepless nights spent in confusion, wondering what my life’s task is, pondering the meaning of my existence, battling anxiety and depression, feeling so cold and lifeless, wasting my time away. I’ve always known, the greatest secrets to life are found within, and I would soon find my truth.

Through working with the spiritual community and gathering everything I’ve ever known, I’ve realized that everything I do naturally can be organized and channeled into a career path: my life’s task. I’m pretty sure I’ve read this somewhere before, and it didn’t make any sense to me at the time. Words from DJ AM, “Do what you love and then find someone to pay you for it.” have been ringing within me for years. Growing up, seeing people doing it on YouTube and Instagram made it seem so easy. Picking one path to walk was the hardest thing for me to do.

I have so many scattered interests, it seemed so difficult to work them together into something cohesive and profitable. Jack of all trades, master of none, but I knew I could master some. Music is the most natural to me, as everything I know and understand is built from sounds, so I tried establishing myself more as a musician, showing up for events throughout the community as a DJ and supporting us with sound. I really loved what I was doing, that I even got certified in sound healing. This felt like everything to me.

But, I still wasn’t making any money, and I was running out of time. 2021 opened up the world again, and I would have to make the opportunities, or have to actually get a job again. I’ve been gradually shifting my mindset to become an entrepreneur, and I was seeing the world much differently than I ever have before. I was trying many different outlets, from clubasement to Intermod, Evolution Events, even doing a trendy online festival through VRChat to Big Jaunts and getting into dropshipping, but I wasn’t thinking like an entrepreneur. So, I decided to start my career as Timoy. Since I was already fairly immersed in the scene, the only thing that really changed was my name and my attitude. Deciding to take things seriously had me greatly redirecting my energy toward developing myself as a creative professional.

Now, I’m working together with my lovely partner Melanie. April 10th, 2021 is when we started developing SUPERVIBE. We wanted to channel everything we do in to one convenient nexus point. LBezzle had us working together at his BILLION BARZ CLUB events, so we figured we could condense our work together anyway. She was doing live painting and I was the DJ for the event, and everywhere we went we always brought the strong vibes. We don’t even know where the name really came from, it might be from outer space, but it feels like home to me.

Thank you for reading about my journey to the beginning of my end. Stay vibin’.