The egg is cracking… 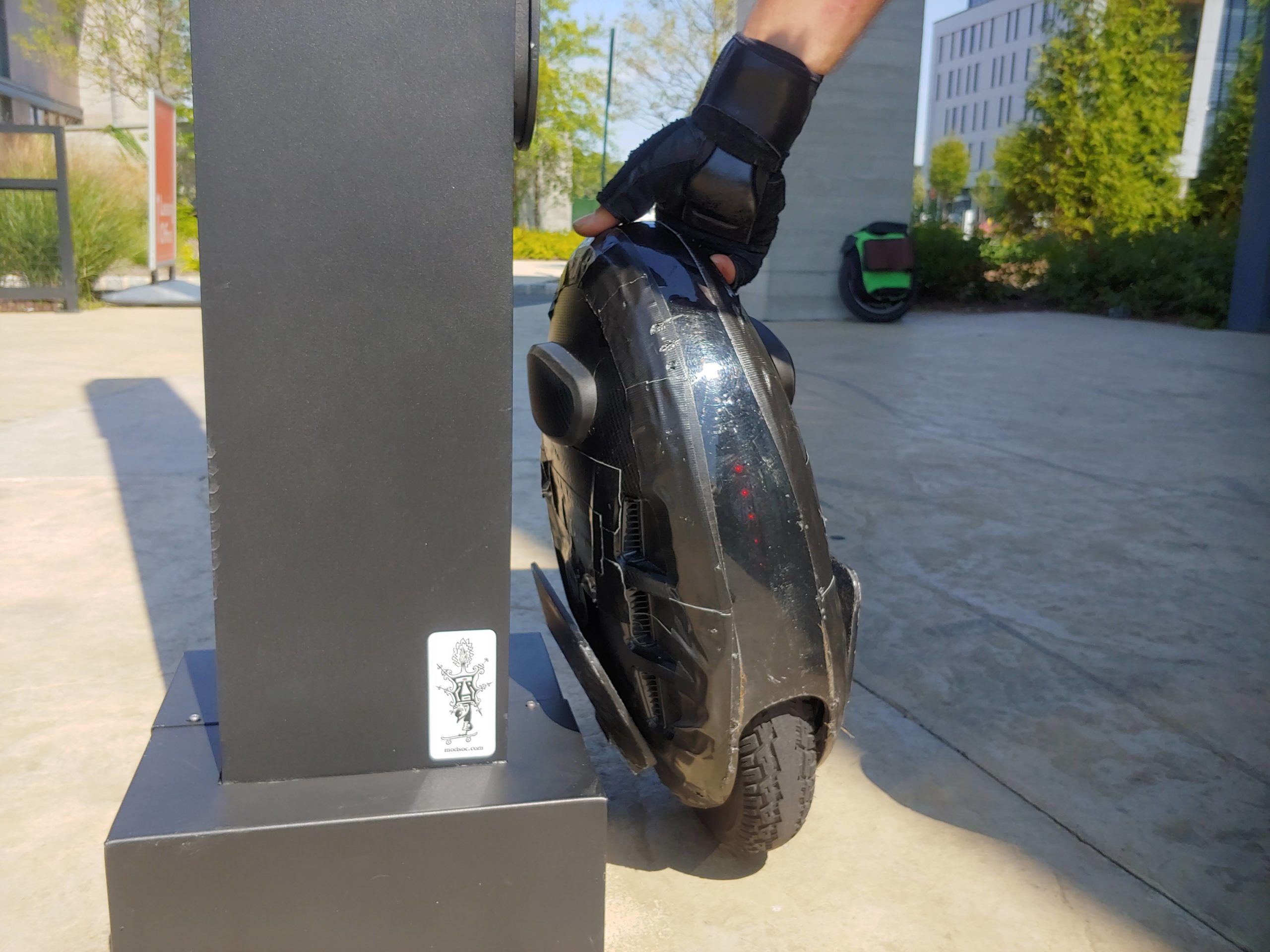 It was 11:11 and I was sitting down, feeling like something was about to happen, when the doorbell rings…

“There we go”, said Brederik, with another image:

I knew for sure we were on to something more. The egg is cracking..

That package was a neat little lavalier microphone, so I can do interviews and feature amazing people in Spotlights for the webzine. All I needed was a microSD card…

Hold up, we’re just receiving word that cousin Rae just got a scooter!! Woaahh, this PEV collective is growing… Time for a test ride! With electric skateboards and unicycles around, it’s time for the next step into the future: the electric scooter. This one is a Nanrobot D4, and boy does it buck. This rickety thing is wild! It needs some dialing for sure, but man, for a used scooter, it was nice.
After we all got our thrills in, it was time for the inaugural group ride. Something was up though, something weird happened. The scooter was riding real funny after the first couple rounds, and none of us knew anything about it… After fiddling with it for some time, we just wanted to ride, so we gave up on the troubleshooting for the moment. At least it was rolling.
We made it down the street and around the corner when something even weirder happened.
“Hey! Heey!”
Some guy was yelling at us out of his car. We were rather confused.
“What scooter is that??” he said.
“Uhh.. the D4?” Rae said, concerned whether to trust this guy or split.
“Aight, hold up. Give me 2 minutes.” he said while pulling into his driveway. We were right in front of his house.
Waiting there felt like ages, loaded with suspense. Something in my gut felt like this meeting was destined.
“There he is!”
A blazing fresh scooter comes rolling in hot off the grill. Decked out with lights and gear, this Nanrobot D6 is stacked.
“Whaaat!?! Siiick!!!”
He carried quite the presence with him for sure. His sense of certainty on the scooter was unmatched, just waiting for a challenge. “I’ve seen you on that unicycle before, man. You went zipping passed me when I was trying this out the other day!” he said. It seems he has met an opponent worthy of the elite stature. “Let’s ride!”

Rae, fixed on figuring out his new scooter, rolls up looking relieved. “Yoo! Can you help me with this? I can’t figure this sh- out.”
Our newly acquainted PEV pal is glad to drop some knowledge. Like magic, the scooter is not only fixed, but running way better than before! This guy knows about Nanrobot, man. What are the odds?

Flying down Salem Road like witches on wheels, we feel free. We feel the flow. This is what it’s all about, getting in that zone: the realm of perfection, unique to each their own. The flow state is universal. It’s happening constantly, everywhere, in everything. How do you embrace it?